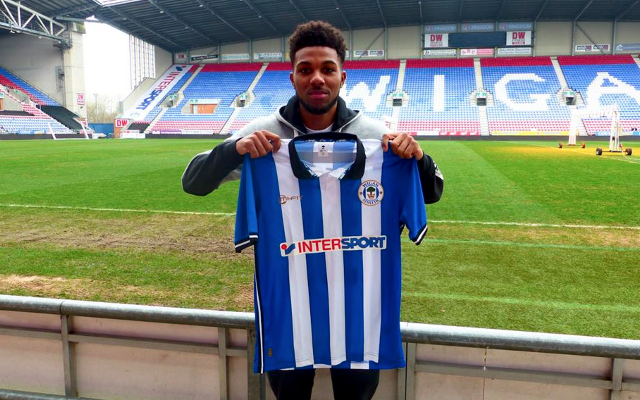 Liverpool academy star Jerome Sinclair has joined Wigan Athletic on loan until the end of the season, the Latics have confirmed via their Twitter account.

CONFIRMED: Jerome Sinclair joins Latics on loan from @LFC until the end of the season – http://t.co/3uaaumxzLJ#wafcpic.twitter.com/fmMUTpZGne

The 18-year-old has been in stunning form for the Reds’ youth teams, netting 22 goals this term, including superb striks against Manchester United and Chelsea’s U21’s, and is thrilled that Brendan Rodgers has allowed to him head off and gain first-team experience with Championship outfit Wigan.

Speaking to the Latics’ official website, Sinclair declared: “I’m delighted to be here, I had my first training session with the squad this morning and it went really well.”

“The squad is buoyant after the weekend’s result which is great going into the games we’ve got coming up and it’ll be big for us trying to keep the club in the league.”

The youngster will team up with Liverpool team-mate Sheyi Ojo, who joined Wigan on loan in February.