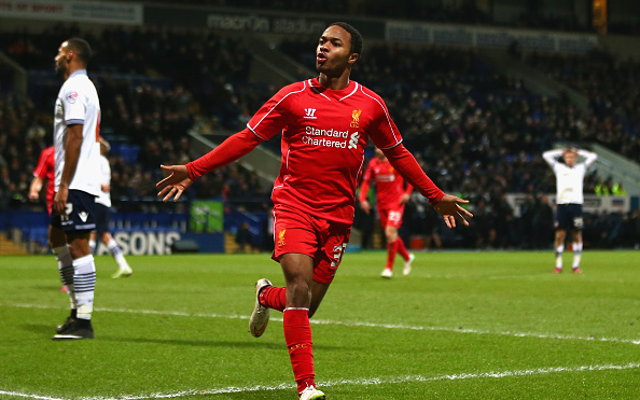 Manchester City boss Manuel Pellegrini has revealed that he would be interested in signing more English players such as Raheem Sterling, but wouldn’t be able to pay the £100m Liverpool would demand.

In a wide ranging interview with the Daily Mail, Pellegrini was asked about the lack of home grown talent in his squad given that Man City only have one outfield Englishmen in their current squad.

Ironically, that man is James Milner – whose contract expires at the end of the season. Pellegrini insisted that talent from these shores were good enough to get into the Man City side, but their price is often inflated.

“It is important to have English players but can you sign them?” Pellegrini asked rhetorically.

“You are talking about trying to sign players from clubs that won’t sell them. Let’s say you want to buy [Luke] Shaw: £35m for a left back. I’m not sure about spending that much money when we have [Gael] Clichy and [Aleksandar] Kolarov.

“Can you get [Raheem] Sterling? Maybe if you go to Liverpool with £100m you can.”

It is clear that the combination of FFP restraints and the home grown quota in the Premier League squads is straining Pellegrini, this coming a year after being fined for breaching UEFA’s financial rules.

With Jack Rodwell sold and the futures of Scott Sinclair and James Milner looking bleak, Man City face a real challenge on their hands to meet the home grown criteria in both Champions League and Premier League squads.