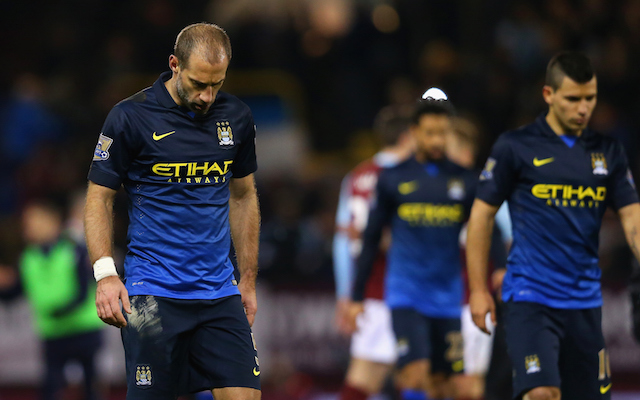 Pundit Alan Shearer has hit out at Manchester City following the defending champions’ defeat against Burnley on Saturday evening.

City once again failed to close the gap on league leaders Chelsea at Turf Moor, leaving their hopes of retaining the title very slim.

Shearer has questioned the attitude of Manuel Pellegrini’s side, who have lost three of the last four games and are now looking nervously over their shoulders at Arsenal and Manchester United who both closed the gap with wins over the weekend.

The former Newcastle United striker says the squad at the Etihad Stadium have lacked the right mentality to go on and clinch a second league title in a row this season:

“They are a team who when faced with teams they are expected to beat simply think they can turn up and win.” Shearer told The Sun Sport

“They are not prepared to roll their sleeves up and fight. Something that was required against Burnley team on Saturday who while lacking the possession of City more than made up for it in sheer will.”

“They should have gone out against Burnley fired up, determined to start a ten game winning run to the finishing line.”

“Instead they looked like a team that had already given up on the title.”

City travel to the Nou Camp on Wednesday night, looking to overturn a 2-1 deficit in their UEFA Champions League last 16 second leg tie against Barcelona.