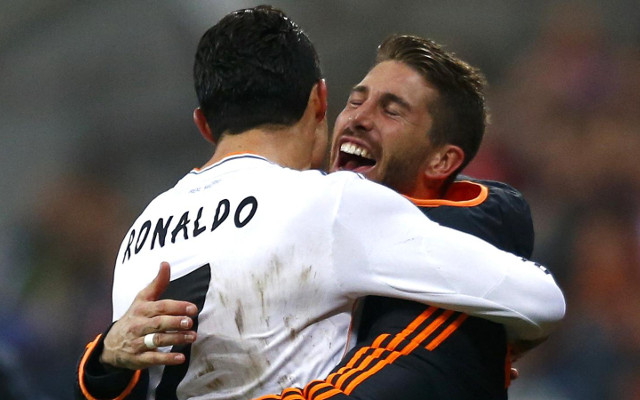 Real Madrid vice-captain Sergio Ramos has voiced his support for team-mate Cristiano Ronaldo, insisting that it is difficult for the World Player of the Year to maintain his incredible performances year in, year out.

The Portugal captain has hit a slump in form since bagging his third Ballon d’Or in January, and on Sunday, in the 2-0 victory over Levante, Ronaldo had a strop after failing to convert an over-head kick, and didn’t celebrate when Gareth Bale scrambled in the rebound.

Ramos, however, has leapt to the defence of the forward: “It is difficult to be Cristiano and he has been performing at a very high level for a number of years,” the Spaniard told the official Madrid website.

“He knows himself better than anyone, he has a very competitive character and we are not worried if he didn’t score if Bale subsequently did.

“We have to appreciate what he brings to the team.”