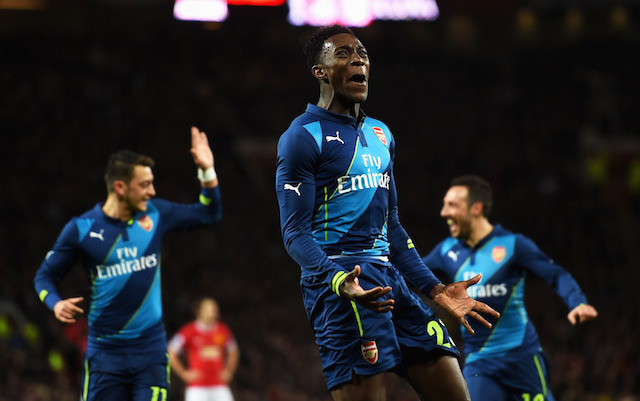 A teenage Manchester United fan has been arrested after a racist tweet aimed at Arsenal striker and former Old Trafford ace Danny Welbeck last week, according to the Daily Mail.

The 24-year-old scored the winner for the Gunners against his old club in the FA Cup quarter-final tie at Old Trafford, prompting a vile response from a fan of the Red Devils.

The 15-year-old’s Twitter account is no longer active, but police confirmed he has been arrested for the incident, saying: “A 15-year-old male from the Salisbury area was arrested on the evening of March 12 on suspicion of racial abuse.

“He has been released on police bail until April 13.”