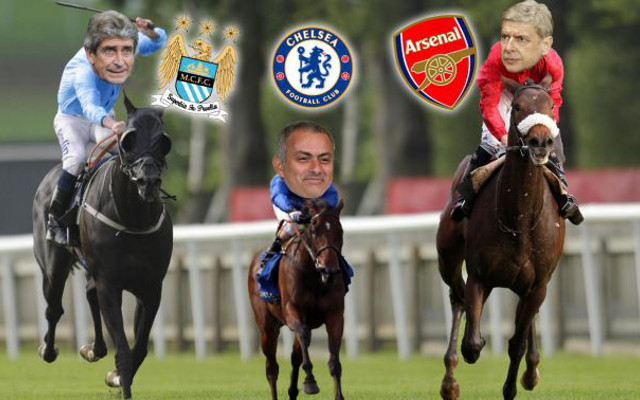 Chelsea manager Jose Mourinho has predicted that his side are up against Arsenal and Manchester City in the race for the Premier League title, reports the Daily Mirror.

The Portuguese was speaking after the Blues’ 1-1 draw with Southampton on Sunday. On the same weekend Arsenal beat West Ham 3-0 and Manchester City lost 1-0 to relegation strugglers Burnley. The Stamford Bridge outfit are now six points ahead of the Citizens and seven in front of the Gunners with a game in hand on both.

The 53-year-old said: “Of course Arsenal are in the race. Our position is better than them, but both teams are in the race. It’s not easy. Every match is difficult. But we are there. If someone had told me in August that, at the end of March, we’d be six points in front with a match in hand, I’d have signed for that immediately.”

However, the momentum built by the North London club has made some think they could manage a late title push, and should the Sky Blues get back in to form they will be right in the mix.

Jose Mourinho’s side travel to the Emirates next month and the clash could be key in deciding if Arsene Wenger’s men have a chance of catching them.