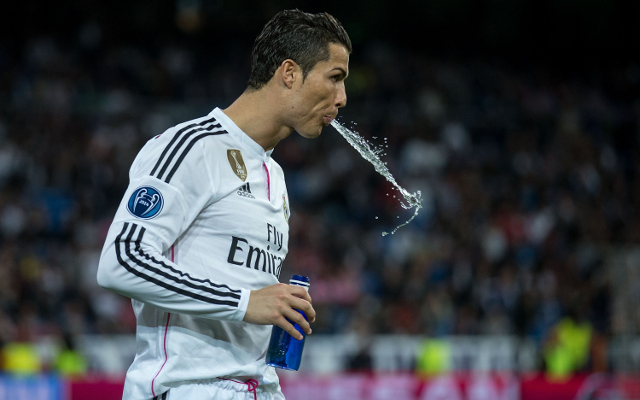 Cristiano Ronaldo has come under criticism from the Real Madrid faithful following a dip in form since the turn of the year, and it seems the Portuguese’s tense relationship with the Santiago Bernabeu is at breaking point.

During the Spanish giant’s 2-0 victory over Levante on Sunday, Ronaldo was on the receiving end of whistles in response to what the home supporters judged to be a woeful showing from their star man, and the 30-year-old was not impressed.

In this astonishing clip, the forward turns in disgust at the reaction of the Real fans, and can be seen saying “fondase” – which translates in English as “go f*** yourself/selves”.

Such controversy suggests that perhaps speculation is true that the former Old Trafford ace’s romance with Real is dead, and he could very well be nearing a sensational exit from La Liga.