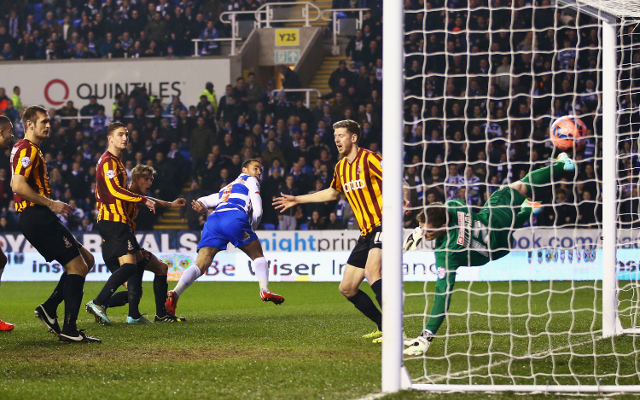 Reading took just six minutes to break the deadlock in their FA Cup quarter-final replay against Bradford, thanks to a Hal Robson Kanu goal.

The goal came from a corner, and the Welsh international had a simple header to calm any early nerves around the Madejski Stadium of an upset.

It was exactly the start that Steve Clarke would have wanted from his team. A lively opening from the Championship side instantly set the tone, and put their lower league opponents on the back foot.