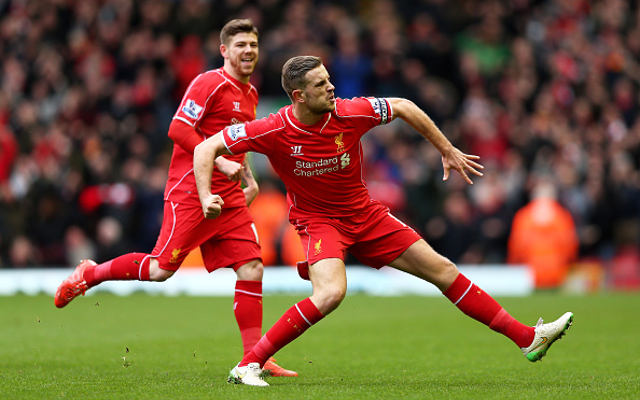 Liverpool have made the most of their second-half pressure by taking the lead against Swansea City. But do the visitors deserve it after their hosts dominated the opening 45 minutes?

Jordan Henderson was the scorer for Brendan Rodgers’ side, with the ball taking a lucky deflection before looping up and over the goalkeeper:

Henderson has led by example in recent weeks, and really appears to have adapted well to the additional responsibilities demanded of him as Liverpool vice-captain.