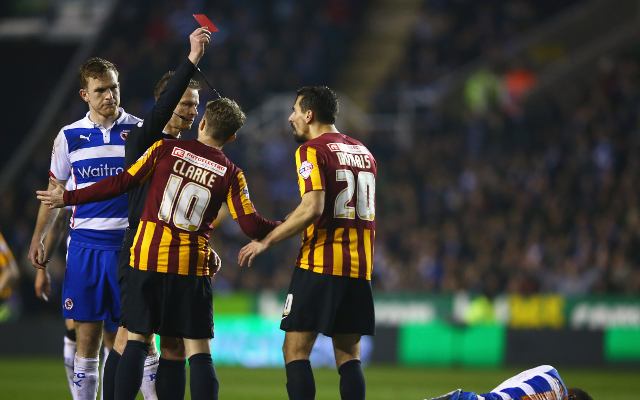 Bradford City’s Felipe Morais was controversially sent off in their FA Cup quarter-final replay against Reading, but the referee appeared to change his mind at the last minute – once surrounded by Royals players.

The former Chelsea trainee was dismissed after catching Nathaniel Chalobah in the chest, but as the referee walks over the incident, he appears to be holding a yellow card. Chalobah’s infuriated teammates surrounded the official, and suddenly a red was produced from his pocket.

The sending off comes less than a week after Chelsea’s players were heavily criticised for surrounding the referee in an attempt to get Zlatan Ibrahimovic sent off in their Champions League clash.

Is this any different to the events at Stamford Bridge?