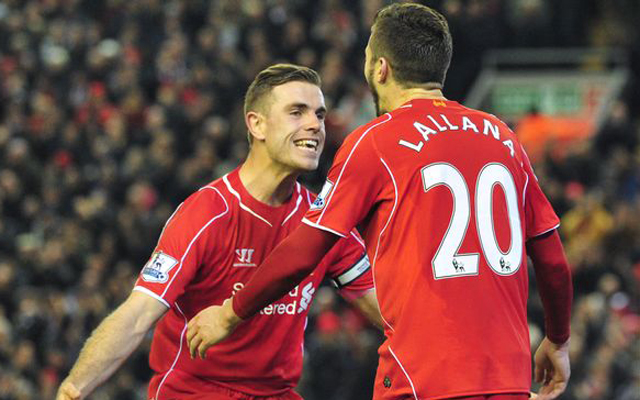 Liverpool closed back to within two points of fourth place Manchester United, as Jordan Henderson’s goal mid-way through the second-half proved to be the difference against Swansea City.

The game started at a hectic pace, with Lukasz Fabianski almost gifting the Reds an early opener with this mistake:

Jordan Henderson then became the first of three Liverpool players to receive a yellow card, lunging in with this rash challenge:

Liverpool had Simon Mignolet to thank for going in at the break level. The Belgian got down well to deny Bafetimbi Gomis…

Before going one better to deny Gylfi Sigurdsson:

Into the second-half, and Gomis’ late arrival ensured Swansea started a man short. Apparently he was changing his boots! Sebastian Larsson anyone…

Just after the hour mark, and Steven Gerrard came on for his first game in over a month, hoping to make the difference for the visitors:

And sure enough, his midfield partner Jordan Henderson made the breakthrough just a couple of minutes later:

Daniel Sturridge almost doubled the Reds’ lead in stoppage time, but in the end Henderson’s goal was enough…