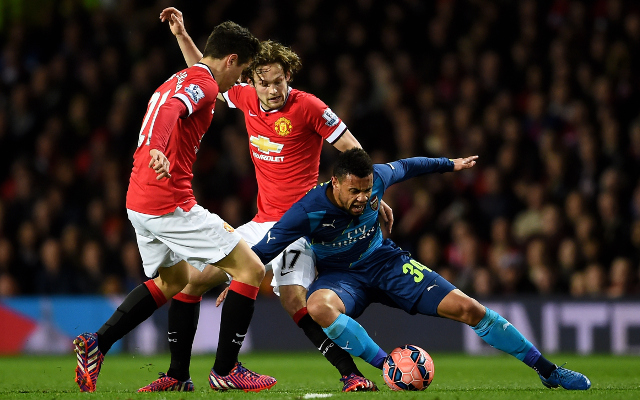 Arsenal’s rejuvenated midfielder Francis Coquelin has revealed that knowing his job has produced the consistency behind his return to the team and subsequently becoming an important fixture in the lineup.

Since returning from his loan spell and being given a start against at West Ham on Boxing Day, Coquelin hasn’t looked back, starting every Premier League game.

The Gunners have been missing a holding midfielder for a number of years with both Mathieu Flamini and Mikel Arteta not convincing in the role. Some Arsenal fans are of the opinion that Invincible midfielder Gilberto Silva is yet to be replace, and just like the Brazilian, Coquelin seem’s to be going about his job quietly.

“Retrieve the ball and move it forward quickly,” Coquelin said when asked what his role in the team was (via Ouest France – translation via GetFootballNewsFrance).

“I’m hard to move [off the ball] and even if I’m not huge, I’m very relaxed… after all I just managed to beat Fellaini at Manchester United.

“If I do my job I’m not really needed offensively. Not when we’ve got the likes of Sanchez, Cazorla, Ozil, Giroud, Walcott and Welbeck. I’m just here to take a weight off those guys.”

Whether or not Arsene Wenger sees Coquelin as a long-term starter in that position is another matter, despite the Frenchman signing a new four-year-deal last month. Arsenal’s improved record in the big games, given that they won away at Man United and Man City is certainly largely down to the performances of Coquelin.