Arsenal were knocked out of the Champions League, despite a 2-0 victory over AS Monaco in the second-leg of the last 16, for the fourth year in a row.

Olivier Giroud and Aaron Ramsey got their names on the scoresheet, but it was not enough for a historic comeback, as the Gunners were made to pay for a nightmare defensive display in the first-leg.

Here, we rate the performances of Arsene Wenger’s players on their second-leg showing…

Had very little to do with his team dominating possession, but was assured on the few occasions Monaco did threaten.

An attacking threat on the right-flank, linked up well with Sanchez, and delivered some dangerous crosses into the box.

A relatively quiet evening for the German – yet composed when called upon. Though his almost complete absence of pace remains an uncomfortable watch.

An authoritative performance, showed an attacking threat with promising moves forward, but did misplace simple passes towards the end.

Worked hard throughout, bombing up and down the left-flank, but wasn’t able to influence in the final third as much as Bellerini. 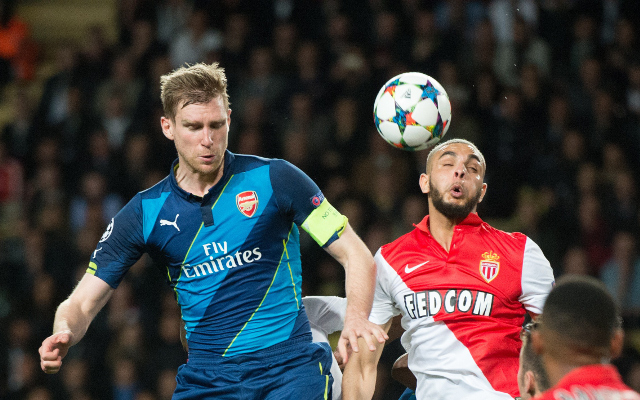