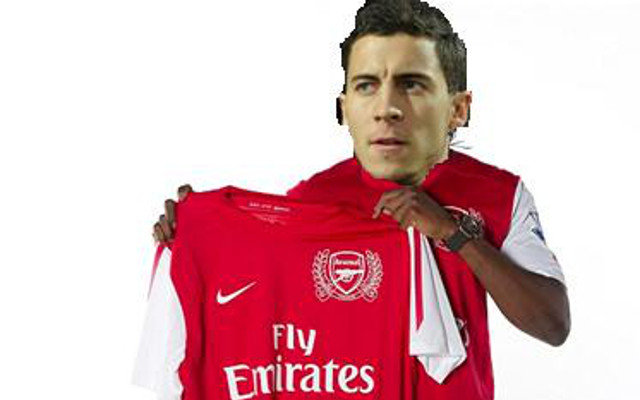 Chelsea ace Eden Hazard has revealed that he will be supporting Arsenal during their Champions League last 16 match with AS Monaco on Tuesday, reports the Daily Express.

Despite having his friend Yannick Ferreira-Carrasco playing for the Ligue 1 side the Belgian still wants his Premier League rivals to make it to the quarter-finals. The Gunners need to score at least three goals against the French side after losing the first leg of the tie 1-3 at the Emirates. This will be tough against a team that has only conceded twice in the whole competition.

Hazard said: “I have a friend Ferreira-Carrasco over there [at Monaco] and I wish him the best. But for English football, I hope Arsenal go through.”

The Stamford Bridge outfit were knocked out by PSG last week, leaving them with only the Premier League to play in for the rest of the season. With Liverpool having dropped out in the group stages, this has left the North London side and Manchester City as the English representatives in Europe’s premier competition. However, both clubs are losing going in to the second leg of their ties this week.