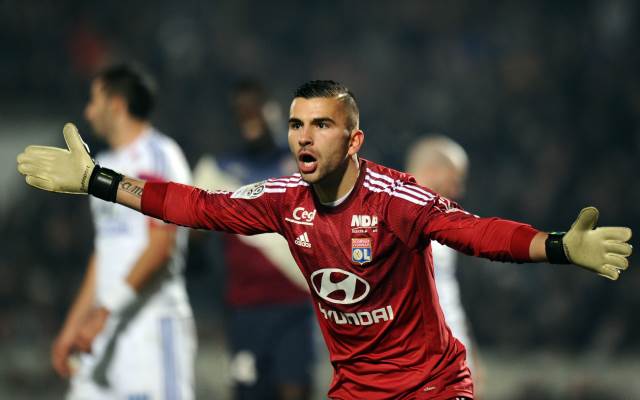 Portuguese goalkeeper Anthony Lopes was again in outstanding form as Olympique Lyonnais kept a clean sheet at the Stade Velodrome against Olympique Marseille.

Admittedly, the goalkeeper wasn’t able to keep Lucas Ocampos’s (ultimately disallowed) shot from crossing the line, but he again demonstrated his superb reflexes and admirable maturity as OL secured a 0-0 draw to stay atop Ligue 1.

He had to be alert inside the opening minutes to keep out an Andre-Pierre Gignac effort and made a number of key stops as the came wore on. Not only is the goalkeeper’s technical play impressive, he proved again that he thrives in intense, high-profile matches.

Last week, Racing Club de Lens goalkeeper Rudy Riou suggested that Lopes was the best goalkeeper in the division. While Vincent Enyeama of LOSC Lille, Danijel Subasic of AS Monaco and Salvatore Sirigu of Paris Saint-Germain may dispute that claim, Lopes once again reasserted his credentials against Marseille.

Crucially, while Lyon’s title rivals PSG and OM have conceded 27 and 31 goals respectively, the title toppers have only been breached 22 times.

Given that Lopes is just 24 years of age, he could yet become one of the best goalkeepers in Europe.