Wayne Rooney’s son Kai is just five years old, but he is already learning from his Manchester United hero dad on how to act the celebrity, and work the crowd.

Kai, who was a mascot for the Red Devils’ game against Tottenham Hotspur on Sunday, is an Old Trafford star in the making, as he treated his ‘fans’ to a signing session alongside the pitch.

Donning the Manchester United shirt, with ‘Kai’ and the no.10 – his dad’s legendary number – he looked at ease, as a woman leaned over the railing to grab a memento from the youngster. 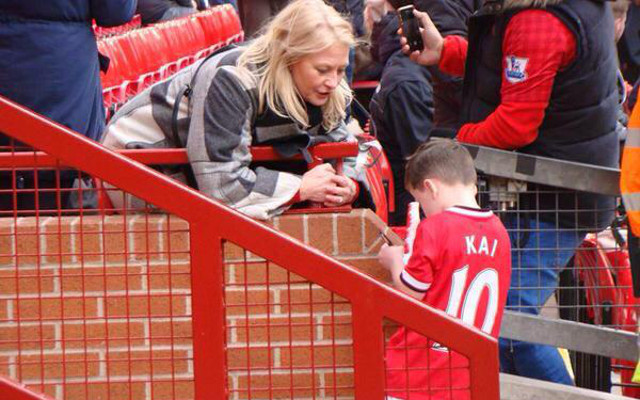 Kai took to the pitch with his dad, before kick-off, as mascot for the Premier League giants’ 3-0 thrashing over Spurs. 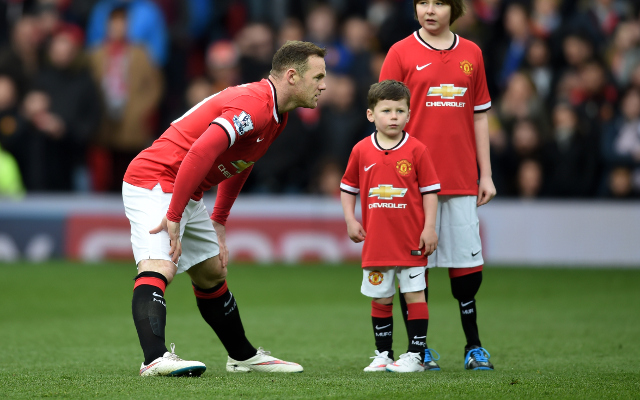