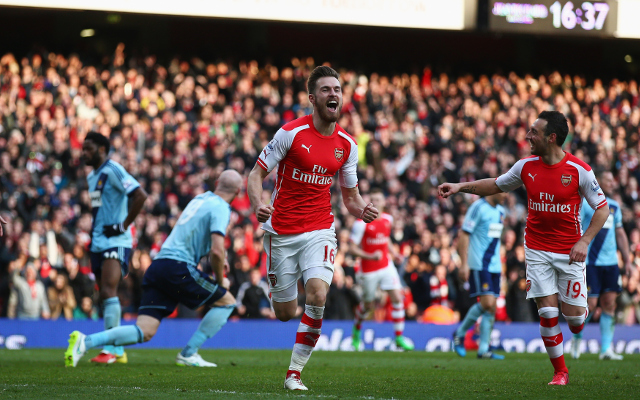 Manchester United legend Gary Neville has stated that Arsenal play the best football in the country after their dismantling of West Ham at the Emirates Stadium, but believes that it’s time the north Londoners produced their attractive football on the highest stage.

Arsene Wenger takes his team back to his old club Monaco this Tuesday night, looking to complete mission impossible and do what has never been done in Champions League history.

Losing 3-1 in the first-leg at home, the Gunners must win 3-0 away from home against a side yet to concede on their own patch in the competition this season – all the odds are stacked against Wenger’s men.

However, Neville hailed the passing ability of this Arsenal side and challenged them to produce it when it matters.

“Arsenal’s result against West Ham is what they do. I was at the Emirates two weeks ago when they played Aston Villa and they destroyed them,” he told Monday Night Football.

“The football they play is absolutely brilliant, it’s the best football in the country in terms of passing against a team at home who are struggling.

“But on Tuesday night, they are playing Monaco away in the Champions League and we’ve got to see it then.”

The Sky Sports pundit is of the opinion that the task is beyond Arsenal, but with the attacking prowess they possess, the FA Cup holders will no doubt believe they at least have a chance.

Playing against a side lacking experience in Europe’s premier club competition, an early goal may see the nerves take over – in the stands and on the pitch.