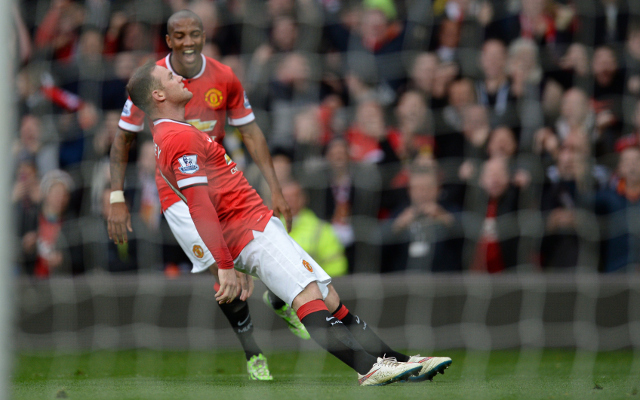 Bookmakers Paddy Power have reportedly put up £50,000 in prize money for a charity boxing match between brawlers Wayne Rooney and Phil Bardsley.

According to the Daily Star, Paddy Power even wants to televise the big bout at Old Trafford.

It comes after a video was leaked of Stoke City defender Bardsley throwing a left jab and seemingly knocking out Rooney during a kitchen dust-up, the report says.

“Punters have been going crazy for the re-match, and there’s no doubt it could be as big as Froch versus Groves 2,” Paddy Power said.

“After seeing Roo go down like Moyes’ career at United in the first one, we’re offering 6-1 for history to repeat itself with a Bardsley KO.

“Forget Mayweather versus Pacquiao, this is the fight everyone is talking about – and it’s for charity. C’mon lads.”

According to the report, Paddy Power has given odds of 18-1 for the Manchester United and England marksman to be knocked out in the first round.