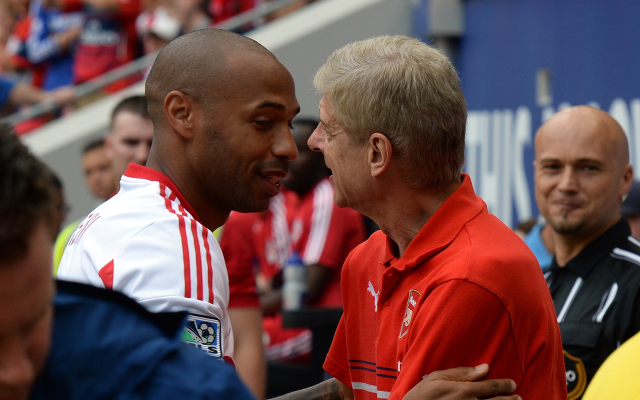 Arsenal fan favourite Thierry Henry isn’t ready to replace Arsene Wenger as manager just yet according to Emmanuel Petit, despite the Gunners’ record goalscorer retiring and since taking up his coaching badges.

Henry has made no secret of his desire to one day manage the club which introduced him to the world as a superstar striker, and Wenger himself has gone on record to state that the former striker would be credible candidate to replace him.

However Petit believes that it is too early to suggest Henry can become head coach at a top club such as Arsenal, comparing his situation to that of Zinedine Zidane.

“We live in a society where fast food is consumed very quickly and we also quickly discard what was consumed. For Henry, as with Zinedine Zidane, he needs time.

“You do not become a coach just because you pass your degrees. It’s like when you become a parent. One becomes a function of his children, we adapt, we learn about ourselves. So getting the degree is one thing. Become a coach week after week, that’s something else.”

Henry is currently taking his coaching badges at Arsenal, working with the development squads at the club and externally, it seems as though he is being groomed to eventually succeed his former boss.

Wenger’s current contract, which ends in 2017, maybe his last and the Frenchman has previously said that he wouldn’t want to interfere in the choice of who replaces him.