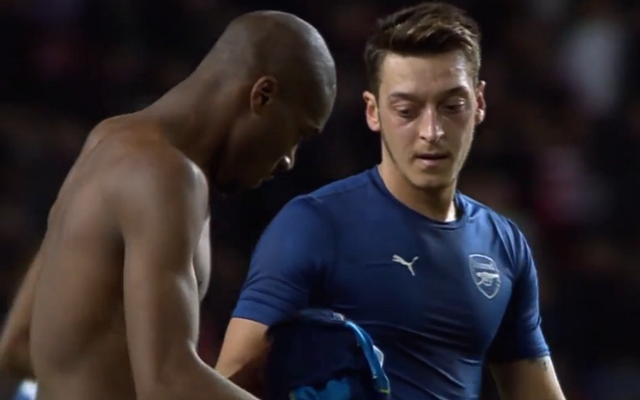 Mesut Ozil suffered predictable criticism, despite an impressive performance, after Arsenal were knocked out of the Champions League, on away goals, to Monaco on Tuesday night.

At half-time, the 26-year-old did the unthinkable – he swapped shirts with an opposition player at half-time – and the incident has been heavily lambasted.

He has, however, finally spoken out over the shirt swapping scandal, and claims the reaction has been completely hyperbolised.

The 2014 World Cup winner told Sky Sports Germany: “Maybe I should have given him my shirt in the tunnel.

“But seriously guys, is there nothing more important to discuss after a knock-out game than a shirt swap?!”