U2 bandmembers The Edge, Larry Mullen Jr. and Bono were snapped supporting Arsenal in the stands at the Stade Louis II, as they watched the Gunners go out of the Champions League despite winning the match 2-0.

The Irish band saw goals from Olivier Giroud and Aaron Ramsey, though it wasn’t quite a beautiful day for them as they were denied the sweetest thing in European progression to the quarter finals on St. Patrick’s Day. 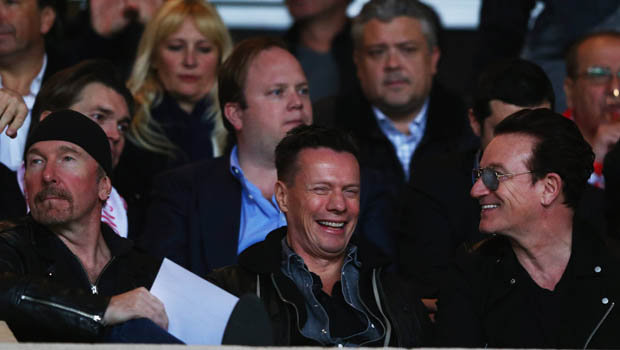