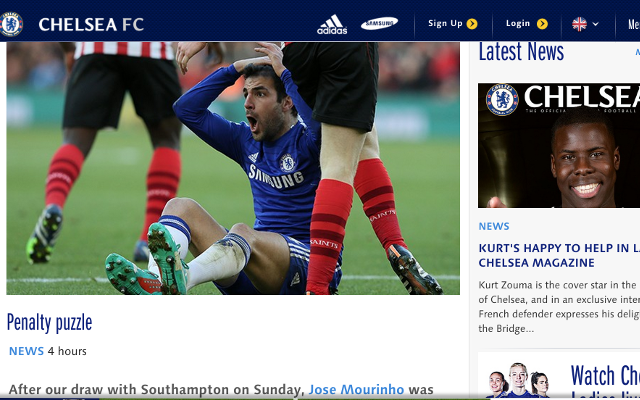 Jose Mourinho has spent the majority of the season crying crocodile tears over a ‘campaign against Chelsea‘, as the Blues boss made the claim that officials are intentionally not awarding his team clear-cut decisions.

SEE MORE:
Chelsea news
Chelsea star hits back at critics
Fernando Torres says his Chelsea career was “like swimming with wet clothes on”

In an article, posted on the club’s official website,  the Stamford Bridge outfit cite a number of examples, including – most recently – defender Branislav Ivanovic being denied a penalty in the draw with Southampton on Sunday, as well as incidents involving Cesc Fabregas and Diego Costa that they argue should have resulted in spot-kicks for the Blues earlier in the season.

They have lamented the lack of penalties they’ve been awarded this term, in posting comparison stats of awarded penalties this season, compared to the previous five campaigns, in an attempt to support Mourinho’s campaign cries.

With Mourinho’s men sitting top of the Premier League table, we can’t help but consider this move by Chelsea as a shameful – and rather risky – ploy to influence referees before the end of the season.