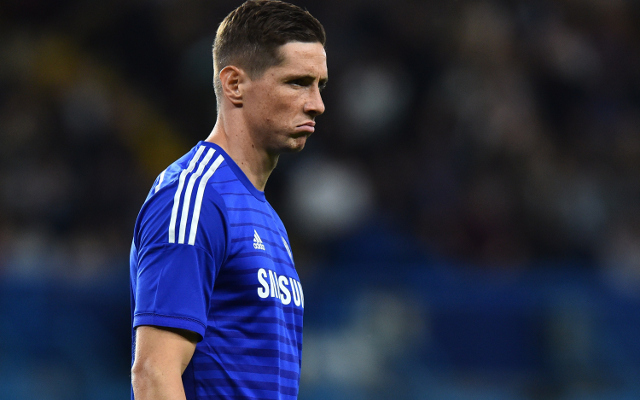 Atletico Madrid striker Fernando Torres suffered a taxing time with Chelsea, and the Spaniard has spoken out over his difficult spell at Stamford Bridge.

Roman Abramovich broke the British transfer record by signing the 30-year-old for a huge £50m from Liverpool, however the price-tag was never lived up to, with just 20 league goals scored in three-and-a-half years at the club.

The former Anfield star, who is on loan at boyhood club Atletico from AC Milan, after making the permanent switch to the San Siro in January, won the FA Cup, Europa League, and the Champions League in his three seasons in west London, yet does not look upon his time with the Blues as a success, despite the stunning silverware.

Torres told El Pais: “The worst part of not playing is when you think you’re prepared and ready to do it,”.

“I tried to get minutes at Chelsea and seize opportunities, but things do not always go the best way, and can drag on for weeks or even years.

He reveals that being back at the Vicente Calderon Stadium has reinvigorated his career and belief in himself: “It was like swimming with wet clothes on. Now I know how I am, and I’m fine. At the end those doubts about your quality eventually disappear.”