Manchester City face a difficult task as they look to beat Barcelona at the Nou Camp tonight, with their Champions League season hanging in the balance.

Manuel Pellegini’s side boasts a host of world class talents however, so overturning the 2-1 deficit from the first leg is certainly possible.

But how do City’s players match up against the might of Barcelona?

There are five City players we believe would get into Barcelona’s starting XI:

The England international has had his ups and downs, but he is firmly ahead of  Willy Caballero at City, and beats out Marc-Andre ter Stegen and Claudio Bravo. 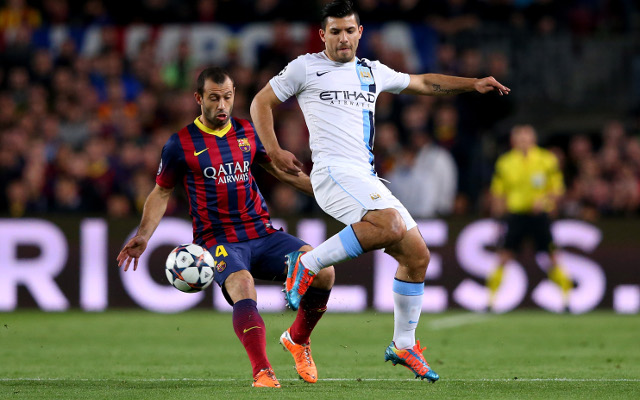 The versatile former Liverpool star has been superb for Barcelona as of late, and whether it’s in midfield or defence, he has to make the team.

His form has been questionable at times recently, but on his day he is among the best centre-backs in the world.