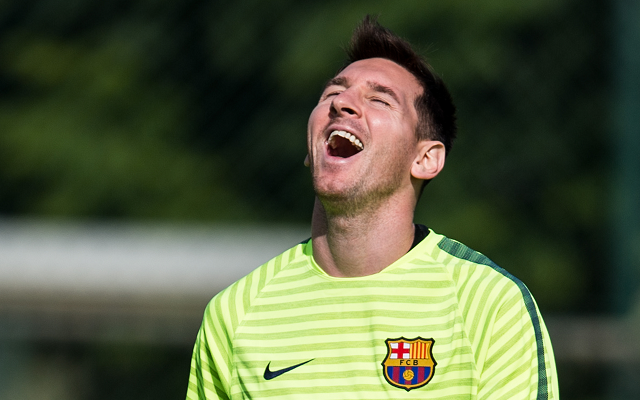 Barcelona golden boy Lionel Messi is often painted in the media as being a saint, compared to other players in the public eye who are at the peak of their powers, but that’s not necessarily true.

These videos prove he has a long way to go if he wants to be remembered as an amazing player and nice guy to boot.

They also show there’s hope for Manchester City in their Champions League last-16 second leg at the Nou Camp tonight.

It’s only right we should start with the penalty miss and subsequent open goal clanger which gave Manchester City a fighting chance against the Spanish giants. Joe Hart did well to get down and stop the spot kick, but surely the four time Ballon D’Or winner should have slotted home the rebound with ease?!