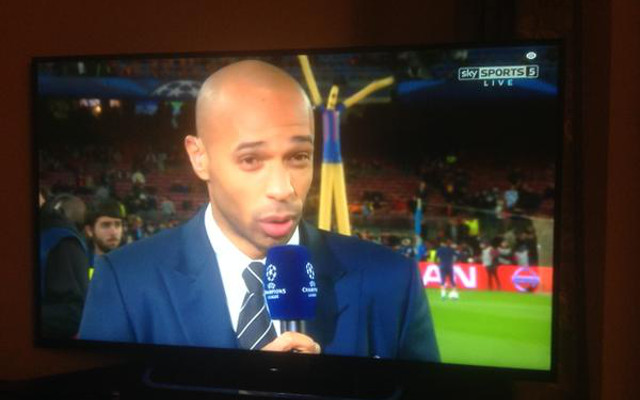 Arsenal legend Thierry Henry was a pundit for Barcelona vs Manchester City on Wednesday, and it looks like Peter Crouch might have been getting involved with the action behind him!

It looks like the Catalan club have finally admitted that they need a ‘plan B’ and have managed to circumvent their transfer ban to bring in the big man, with the beanpole-esque striker warming up for them before the Champions League clash. Henry had no idea!

Alright it wasn’t actually the Stoke City man, but admit it, I had you going for a second there…