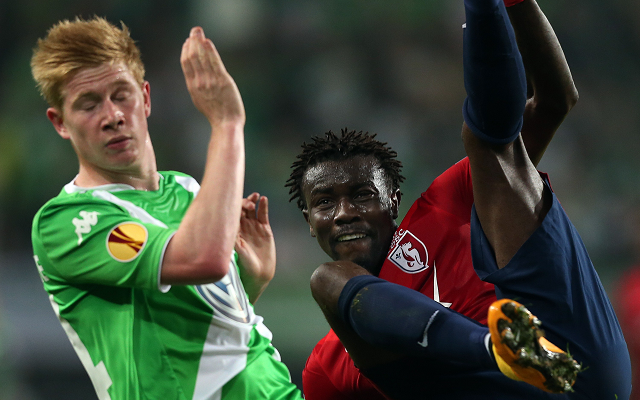 Manchester City are said to be ‘seriously interested’ in bringing Wolfsburg midfielder Kevin De Bruyne back to the Premier League next season.

A number of Europe’s top sides are said to be in for the ex-Chelsea midfielder, including Bayern Munich and PSG, but Belgian news source Het Laatste Nieuws and journalist Kristof Terreur are reporting the Premier League champions are in for the highly regarded star.

City have already held talks with De Bruyne’s agents with Man City’s director of football Txiki Begiristain leading negotiations and will also be in attendance for Wolfsburg’s Europa League tie with Inter Milan this Thursday.

The article also puts a €60 million price-tag on the head of the 23-year-old who has managed a quite staggering 15 goals and 21 assists for the season and almost single handedly destroy Bayern Munich in Wolfsburg’s recent 4-1 demolition of Guardiola’s side.

Wolfsburg, quite obviously, say they do not want to sell their man.