German publication Bild say the Red Devils are back in for the 24-year-old after it became clear there were no lingering effects from his long back term injury that kept him out for BVB for over a year.

A move could be easy to work given Gundogan has yet to renew his Borussia Dortmund contract, which expires at the end of next season in 2016.

The German did sign a new deal last year but this only tied him down to the Bundesliga giants for three seasons and if the club wish to go into next season without the potential of a Bosman deal they will need to negotiate new terms.

Borussia Dortmund are still said to be confident their man will eventually commit to a new deal with the renewal always expected to be sorted once he returned from injury.

See the Bild article below: 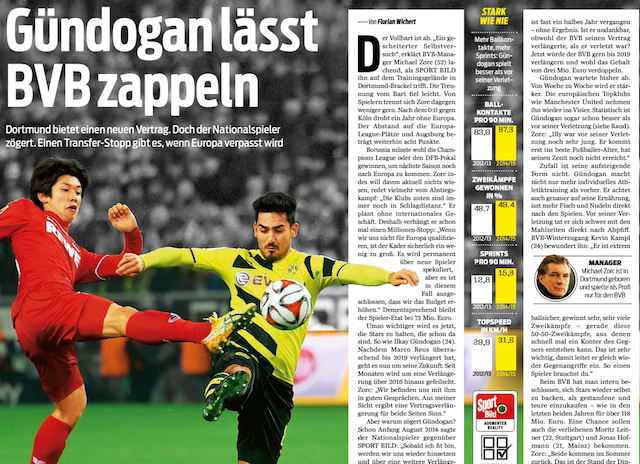