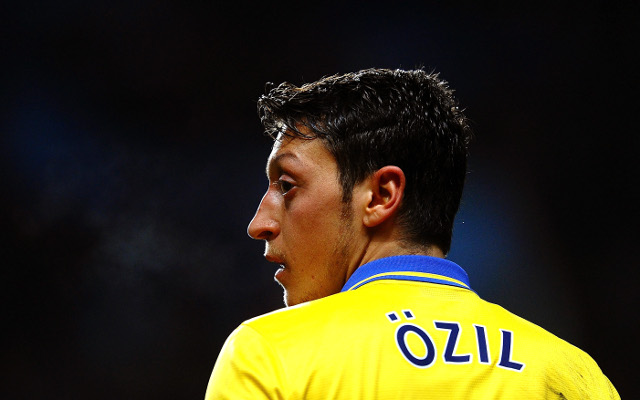 Arsenal midfielder Mesut Ozil is – again – on the receiving end of scrutiny by the English press for his performance in the second-leg of the Champions League against AS Monaco – but Gunners fans are not pleased that their playmaker has been criticised.

The German has been slammed for failing to make an impact, despite their 2-0 victory at the Stade Louis II, and has been particularly chastised for swapping his shirt at half-time.

Twitter, however, is not happy – and Gunners supporters have leapt to his defence.

Check out the top tweets…

Özil really played amazing yesterday. Every entry pass was absolutely sublime. Controlled the whole game with santi. And created for most.

People waste so much time talking trash about Mesut Özil

It’s embarrassing how many journalists and pundits alike who bash Özil especially last nights performance, he really is one of the best.

Özil, like Bergkamp before him, plays on the edge. If it doesn’t always come off, it’s because he’s trying things mortals can’t do. #AFC

Thought Özil was absolutely fantastic yesterday. Did everything to grab the game by the scruff of the neck. Phenomenal player.

Must say though, I like how Özil receives hate simply because he is the very best on his position.

It’s amazing how much stick Mesut Özil receives, even when he plays well. Tbh, I can see him leaving due to the media, similar to Suarez.

only the French/German/Spanish journalists appreciate how good Özil really is. no wonder they’re the ones who win the Euros and World Cups

Before Özil joined us, fans were crying for a player like him. Now he gets slated by them Appreciate what you have before it’s gone…