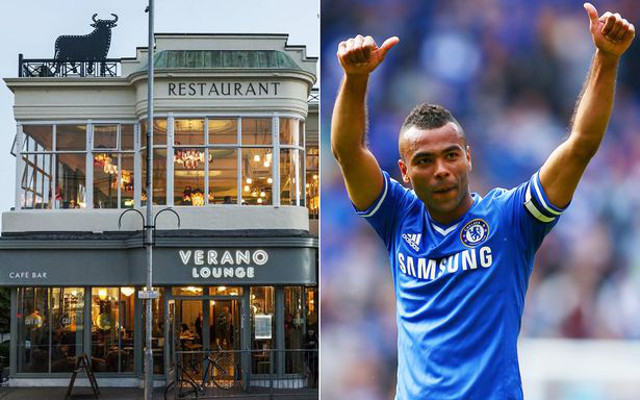 In possibly one of the strangest stories in football, Ashley Cole looks to have been the unlikely hero as he came to the rescue of an innocent bystander at a Brighton coffeeshop, after intimidation from a hot dog wielding maniac.

According to Phil Lucas’ Trip Advisor review of Verano Lounge in Brighton, during his time at the cafe, he was accosted by an ‘ungodly’ looking man with a hot dog bun before the Roma left-back stepped in.

Ashley Cole allegedly stepped out of his Range Rover, to tell the man to leave Lucas alone before beating a hasty retreat and a wave to the man he had helped.

The former Chelsea and Arsenal man isn’t known for his acts of kindness and was much maligned during a period of his time playing in England.

The review reads: “A month ago I was sitting outside The Verano Lounge and an ungodly looking man appeared from a nearby doorway and started to wave a hot dog (no bun) in my face.”

“Just then a black Range Rover pulled up and out got Ashley Cole.

“He could see the hassle I was getting, so he rushed over to the ungodly man and told him in no uncertain terms to take his dirty hot dog out of my face. The man (now scared) duly did.

“I thanked Mr Cole for his help but he just said, ‘Don’t worry about it, I hate that sort of thing.’ He then got in his Range Rover, gave me a wave and drove off. What a nice man.”

Unfortunately for all philanthropists though, it seems the review is not real and only a fabrication, after the author tweeted a disclaimer.

The Ashely Cole Trip Advisor review that I posted last night is not real. I really do have to make that clear.

I mean, it’s on Trip Advisor, but it didn’t happen.