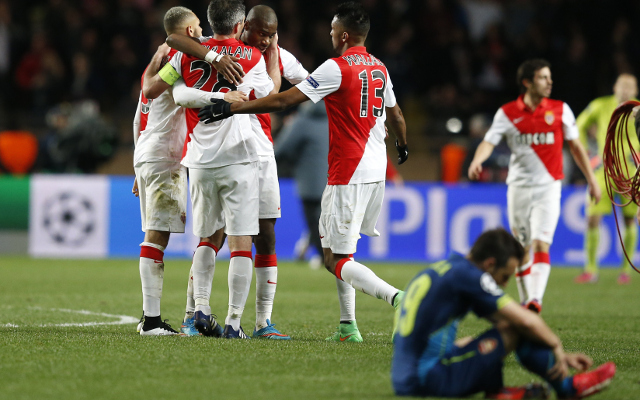 Arsenal legend Paul Merson has launched a stinging attack on the club’s supporters, suggesting they are at fault for their side’s Champions League exit.

The Gunners bowed out of Europe at the last 16 stage for the fifth successive season against Monaco, paying the ultimate price for a poor first leg performance to lose the tie on the away goals rule.

A 3-1 defeat at the Emirates last month left Arsene Wenger’s side needing to win the second leg by three clear goals in order to progress and although they came close to creating history in the Stade Louis II stadium, goals from Olivier Giroud and Aaron Ramsey proved to be in vain.

Merson, who spent 12 years with the North London club, has seemingly criticised the club’s fans for urging the team to get an equaliser in the first encounter:

“When it was 2-1 in the first leg, instead of shutting up shop and putting it down to one of them days, the fans started shouting ‘attack, attack, attack.” he told SkySports.

‘Once in a lifetime opportunity’ – Paul Merson’s view on whether West Ham can make the Champions League Apr 9 2021, 15:54
West Ham FC