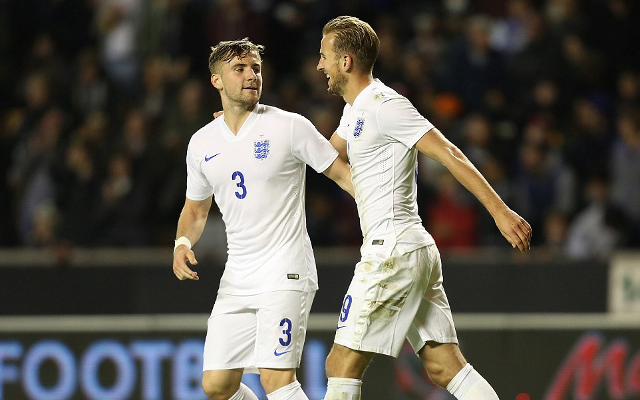 Roy Hodgson has included Tottenham Hotspur striker Harry Kane in his latest senior England squad for the upcoming matches against Lithuania and Italy.

Kane has been in sensational form for Spurs this season, bagging 26 goals in 42 games in all competitions.

He is one of five forwards to be called up – along with Manchester United captain Wayne Rooney, Liverpool’s Daniel Sturridge and Arsenal duo Theo Walcott and Danny Welbeck.

Kane is the only uncapped member of the 24-man squad, which only includes two goalkeepers – Manchester City’s Joe Hart and Southampton’s Fraser Forster.

However, Under-21 keeper Jack Butland is likely to travel to Italy as back-up.