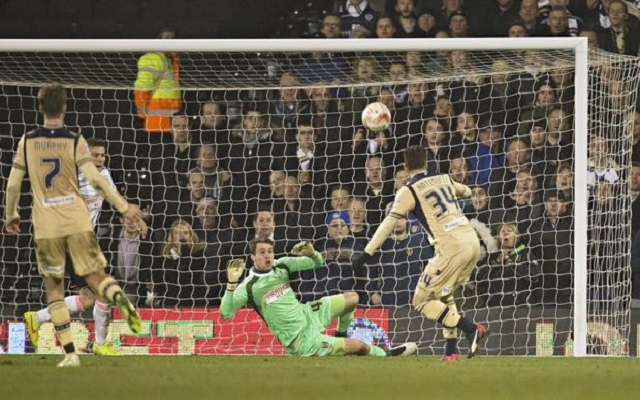 Fulham are in serious danger of enduring a second relegation in two seasons after losing 3-0 at home to Leeds United in the Championship tonight.

Goals from Sam Byram (40), Souleymane Bamba (48), and Mirco Antenucci (88) did the damage, leaving the tiny London club – who had defender Kostas Stafylidis sent off – languishing in 21st place in the table with just 40 points from 38 games.

For Leeds, the play-offs look too far away. They currently sit 12th with 51 points, 14 behind Brentford who occupy the final playoff spot, but there are just eight games remaining.

Fulham boss Kit Symons was bullish about there chances of avoiding the drop, telling the BBC: [The relegation battle] is very much in our hands. We need three more wins and it’s down to us to get them”. Meanwhile, his opposite number Neil Redfearn was full of praise for his own team, saying “we worked hard, toughed it out and although we got the goal against the run of play I thought we got on top of it. Our keeper made two or three outstanding saves at 0-0 which kept us in the game and I think it could have been four or five in the end.”

Next up for Leeds is a trip to Blackpool, while Fulham go to Huddersfield.