Roy Hodgson has already caused a bit of a stir with his selections for England’s next international bouts against Lithuania and Italy.

Whilst there was a deserved call-up for Tottenham striker Harry Kane and the squad was littered with the usual suspects there was also some bizarre selections in the case of Andros Townsend, Ross Barkley, Luke Shaw, Theo Walcott just to name a few who haven’t exactly been on vintage for this season.

But what would the England side look like if Hodgson actually picked it based on statistically backed form, rather than any other factors? A selection that will send a shiver down the spine of many-an-England supporter who will still be having flashbacks to that horror World Cup in 2010.

But despite his reputation and QPR’s grave position in the league, Green has actually been a standout performer this season but has been continually hamstrung by a lacklustre defence.

Impressed so much this season he is thought to be a-top the Manchester United transfer wish list, is in the form of his life as Southampton continue their top four push. He’s been hailed as a future captain by the likes of Sir Alex Ferguson but you’d be hard pressed to find a United fan that has such rock solid confidence in Jones.

However, the defender finally seems to the settling down after being deployed in a purely central defensive role instead of a number of positions as in recent years and could yet prove Fergie right if given time.

The partner to Jones at United and like his fellow centre-back has struggled for consistency during this campaign but insists he’s relishing the responsibility afforded to him by Louis van Gaal. One of three left-backs in the England squad, inexplicably, and just how Hodgson is planning game time for all of Baines, Gibbs and the out of form Luke Shaw is unclear.

But Baines should be the one to start given his consistent run in the Everton side over the inconsistent United and Arsenal men, and the stats certainly back that up call. 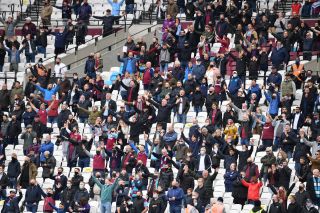