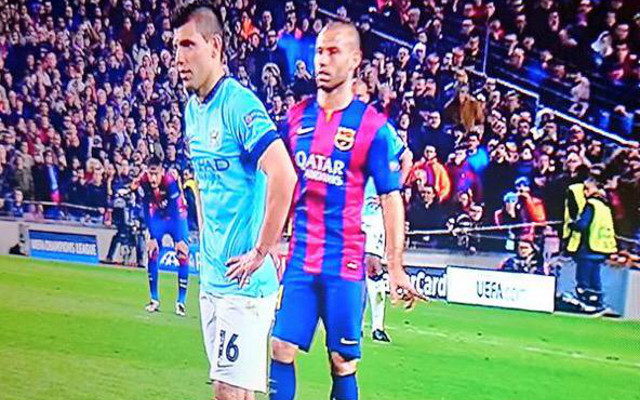 See the cheeky helping hand and the resulting penalty below? Has he betrayed his Argentina teammate?

Javier Mascherano pointing to Ter Stegen, telling him where Aguero would shoot the penalty. pic.twitter.com/1qje0F54tA

Here’s a video of Ter Stegen’s save – proving that Mascherano knows his team-mate only too well: