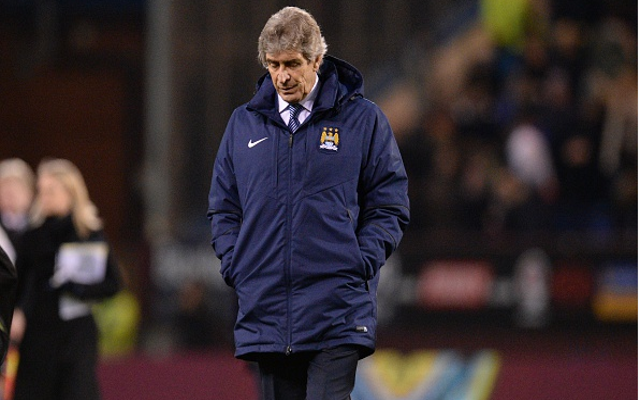 Man City were awarded a penalty with 15 minutes to go and had their top scorer converted it, Barcelona would’ve endured a nervy finish as one more goal from the Premier League champions would have forced extra-time.

Given his outstanding displays this season and the goal he scored in the first leg, Aguero would have been expected to put the spot-kick away and launch a spirited fight-back, but it wasn’t to be.

“I think we lost against a better team, without doubt,” Pellegrini said post match (via the Mirror).

“Messi is very difficult to contain.

“Maybe we didn’t play so well in the first-half, but we improved in the second and took risks.

“We needed to score two goals and we thought it might happen had we scored the penalty. That was a very important moment because we still had 15 minutes more to play.”

The Champions League exit, and what has now become a fight for the top four, has left Pellegrini with a mountain to climb in terms of saving his job. Man City may end the season trophy-less and the last time that happened, the manager was relieved from his duties.

Check the decisive moment below: