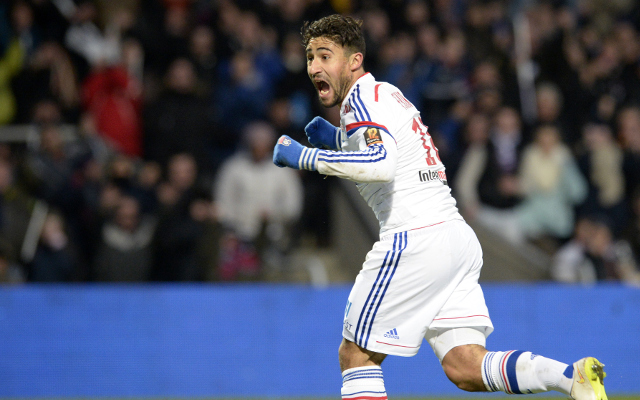 Having been handed his maiden call-up to the French national team, Olympique Lyonnais attacker Nabil Fekir has spoken of his delight at taking such a big step in his career.

The forward has been the subject of a nationality wrangle between France and Algeria, but having confirmed last week that he saw his international future with Les Bleus, has been invited to the squad by national team coach Didier Deschamps.

Fekir will join the team for the international friendlies against Denmark and Brazil at the end of the month.

“I am very happy to be on the list,” began Fekir, speaking to Lyon’s official website, “I learned the news on the internet, I was kind of awaiting it. It’s the coach who chooses.

“It’s a relief and a point of pride. I wanted to wear the blue shirt. It’s nice to play against Brazil, even if I don’t make my debut.

“It’s only the debut, I want to be picked every time…Euro 2016 in France? We’re thinking about it. It will be hard to go there.

“To play with Karim Benzema? It’s a dream to play with players like that.”

‘In the dressing room he didn’t say anything to me’ – Kylian Mbappe feels Olivier Giroud went behind his back with criticism as France rift continues Jun 13 2021, 16:57
Chelsea FC