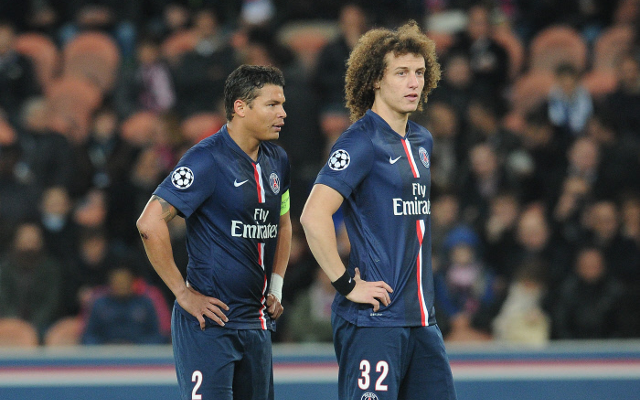 Paris Saint-Germain are running critically low on available defenders ahead of their Ligue 1 fixture against FC Lorient on Friday evening with David Luiz, Marquinhos and Serge Aurier all absent.

The reigning champions welcome Les Merlus to the Parc des Princes on Friday as they look to respond to their 3-2 defeat to Girondins de Bordeaux last weekend and return to winning ways in the French top flight.

However, Lorient, who eased their relegation concerns with a tightly-fought 2-1 victory over Stade Malherbe Caen last weekend, will be boosted by news of PSG’s defensive crisis.

David Luiz is suspended for the match and will not be present, while Marquinhos-who sat out the match against Bordeaux due to fatigue-is absent through injury.

“I think that Luiz and Marquinhos will be returning in ten days,” said Blanc on Thursday, as quoted by L’Equipe.

Midfielder Yohan Cabaye will miss out having injured himself again after coming on as a substitute against Bordeaux, while Lucas Moura is not yet ready for a return.