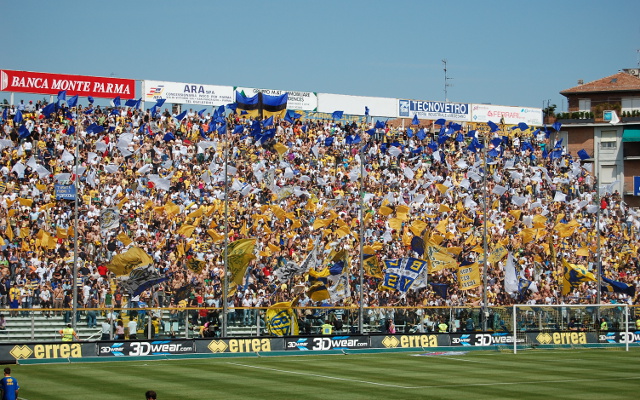 Parma’s future has been thrown into disarray, as the Italian giants have been officially declared bankrupt by an Italian court – in an uncontested hearing that lasted all of 10 minutes.

SEE ALSO:
Parma’s All-Time Greatest XI
Desperate Parma Given Emergency Funds By Serie A Clubs
Unbelievable! Broke Serie A Side Parma Have A Whopping 226 Players On Their Books!

Parma – a side that once boasted such football legends as Gianluigi Buffon, Fabio Cannavaro and Gianfranco Zola – are rock-bottom of Serie A with a measly nine points, despite finishing sixth last term – but off the field matters are even more torrid.

The Crusaders are over €100m in debt, and have twice been hit with a points deduction for not paying the wages of staff and players this term.

According to The Guardian, it has not been confirmed how, or if, the Yellow and Blues can finish the campaign – but it is reported that the league’s governing body, and the Italian Football Federation, plan on providing funds for the club to finish the season.

This news comes only a day after Parma owner Giampietro Manenti, and 21 others were arrested for fraud and money-laundering, and their week has only got worse.