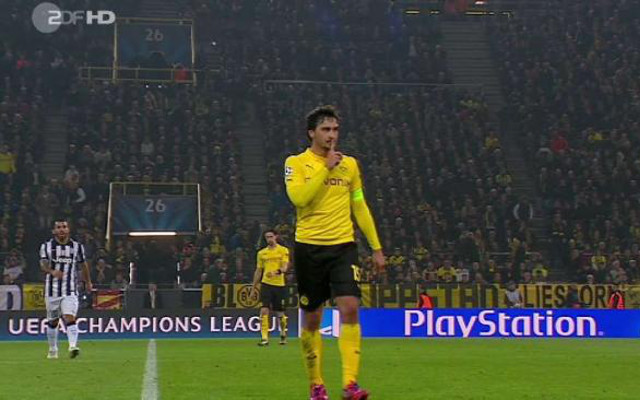 Mats Hummels is mooted as Louis van Gaal’s no.1 summer target at Manchester United, and the defender was not pleased with the Borussia Dortmund faithful at half-time, as his side were knocked out of the Champions League by Juventus in a humiliating 5-1 aggregate defeat on Wednesday night.

The German was seemingly upset with the reaction from the crowd at half-time, and made a ‘silence’ gesture to the jeering home supporters, putting his finger to his lips.

After the game, he told reporters: “I did not think the whistles were okay. It would have been okay at the end but not at half-time,” as quoted by Goal.com.

Such controversy is sure to excite Red Devils boss van Gaal, who is reportedly crazy about securing his services for next season.