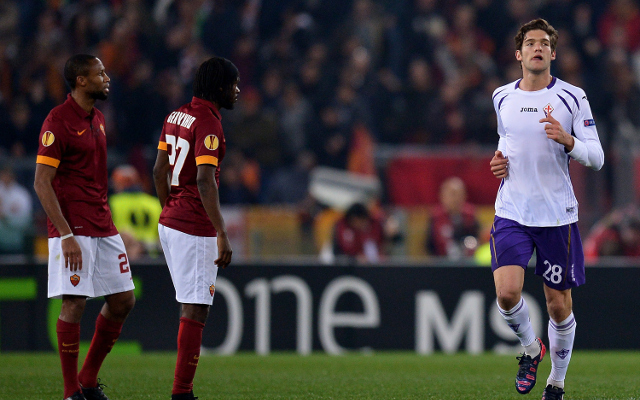 Fiorentina have been handed a massive slice of help in their quest to reach the last eight of the Europa League at the expense of their Serie A rivals, Roma, after Lukasz Skorupski gifted Marcos Alonso a second goal for the away side.

The home side had started the game poorly, conceding a penalty within the first ten minutes. But it got much worse before long as the Polish keeper attempted to keep a ball in play, but only managed to give the ball straight to former Sunderland full-back Marcos Alonso, who just needed to walk the ball in to double Vincenzo Montella’s side’s lead.