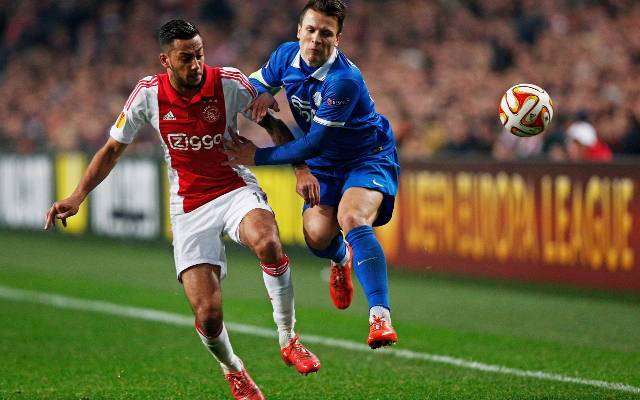 There was something of a shock at the Amsterdam Arena, as Dutch giants Ajax were knocked out of the Europa League at the last 16 stage by Ukrainian club Dnipro, thanks a wonderful strike in extra-time by Yevhan Konoplyanka.

The Eredivisie side went into the second leg a goal behind, and they arguably edged a fairly even first half, during which neither side could conjure up much more than a half chance. Perhaps the best opening fell to Arkadiusz Milik, whose header went narrowly wide.

But Frank de Boer’s side did level the tie in the second half, thanks to midfielder Riechedly Bazoer, who ran through some weak challenges from the Dnipro defence, before hitting a shot that Denys Boyko would have been very disappointed not to keep out.

The winning goal on the night levelled the tie on aggregate, and meant that an extra half an hour would be required, but penalties were taken out of the equation once Konoplyanka unleashed a perfect curling effort to give Dnipro the vital away goal.

There was late drama however as Ajax retook the lead on the night thanks to a brave header from centre-back Mike van der Hoorn, but it was not enough to spark a revival, as Dnipro held on to secure a place in the last eight of the competition.