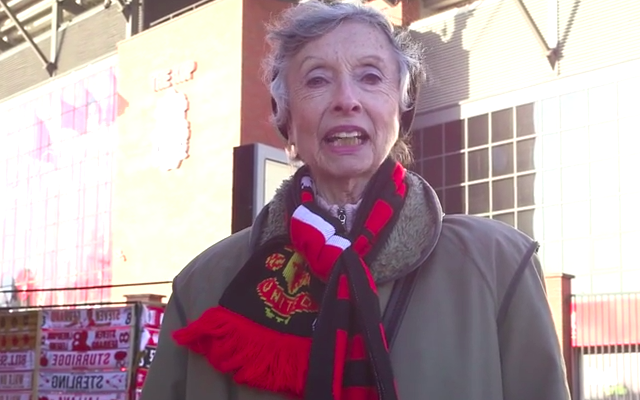 Liverpool and Manchester United will renew their legendary rivalry this Sunday as both clubs strive for a top four place and secure Champions League football for next season.

The fans of the respective teams do not like each other, and it seems as though the older generation still engage in the war of words as an elderly granny arrived at Anfield to troll the Liverpool fans.

The Man United veteran supporter appeared on fan channel Full Time Devils to share some jokes about Anfield, also alluding to midfielder Steven Gerrard and his tendency to ‘slip’.

Let’s hope the tension hasn’t been driven too high ahead of Sunday.