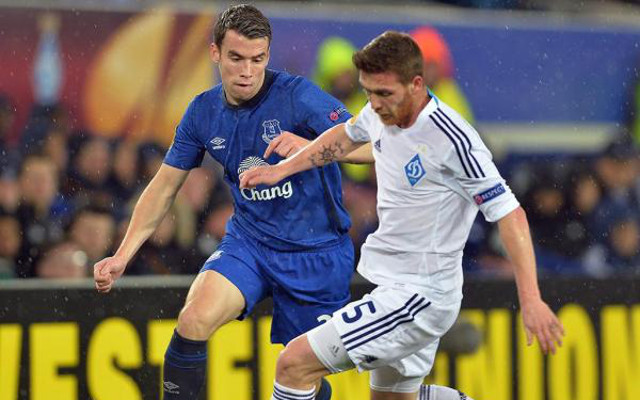 Everton are the last English team in Europe, but look close to crashing out of the Europa League against Dinamo Kiev.

It is unlikely to prove much of a consolation to Roberto Martinez, but at least he can say his side were knocked out by a team capable of moments like this.

Vitorino Antunes has scored perhaps the goal of the season this Thursday night, with this unbelievable strike from distance giving Tim Howard no chance.