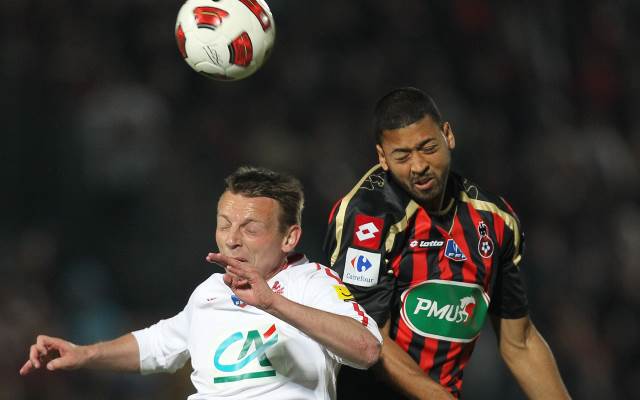 OGC Nice have been boosted by news that right-back Lloyd Palun is fit to make his Aiglons return in their Ligue 1 match against Olympique Lyonnais on Saturday.

Claude Puel’s Nice travel to face league leaders Lyon in Saturday’s early kick-off. While Le Gym-who were defeated 2-1 behind closed doors by En Avant de Guingamp last Friday-will be rank outsiders for the match, they will be delighted to welcome back Palun.

The Gabon international has been a key player for the Southern side so far this season, featuring 17 times in the top flight, scoring one goal and contributing one assist.

However, his campaign has been disrupted in 2015; first he travelled to Equatorial Guinea with the Gabon national side as the Panthers were humiliated and handed an early elimination. Since returning to action with Nice at the beginning of February, he played only three times before hamstring troubled curtailed his progress.

According to L’Equipe, he is available for selection again this weekend.