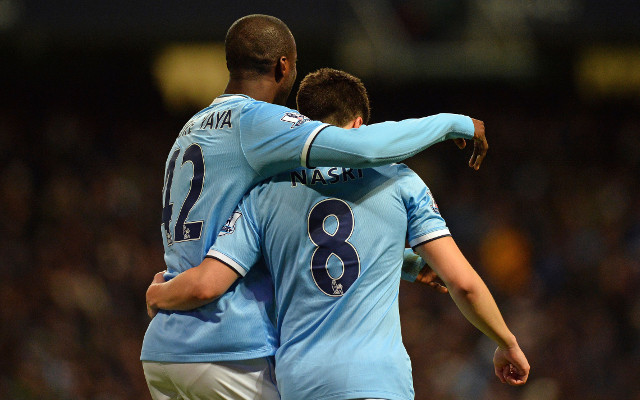 Manchester City are preparing themselves for a shock summer clear-out, that will see Samir Nasri, Yaya Toure and Bacary Sagna all moved on, according to The Times.

Manuel Pellegrini’s side were knocked out of the Champions League by Barcelona on Wednesday evening, when only a goalkeeping master-class from Joe Hart helped the defending Premier League champions avoid a bigger defeat.

With City having long since been knocked out of both domestic cup competitions, only a late title charge – which looks all the more unlikely after their latest loss at the hands of Burnley – could save their season.

A furious City hierarchy are already preparing to ring the changes in the summer, even if it means selling some of their most high-profile stars…

Former Arsenal midfielder Nasri, who was lucky not to be sent-off against the Catalans after lashing out at Neymar, has only managed three goals so far this season – compared to the 11 he netted last term.

It’s been a similar story for Toure, who netted 24 times in all competitions during the previous campaign, but has only managed nine this time around, while another former Gunner – Sagna – has failed to hold down a first-team spot ahead of Pablo Zabaleta.