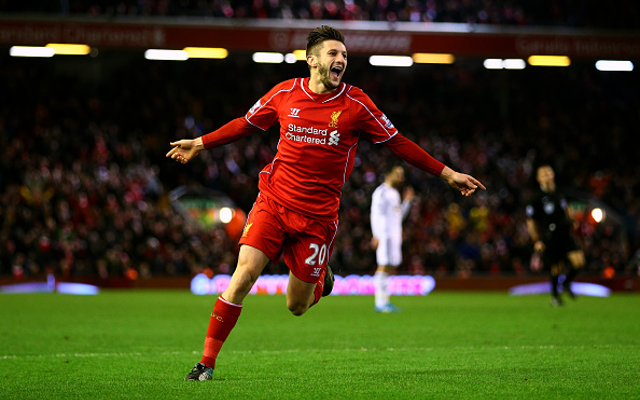 Liverpool midfielder Adam Lallana has suggested that his side can overtake Manchester City and finish second in the Premier League this season, though it looks like the Reds ace may be getting a little carried away.

While there’s no doubt that both sides are in totally polarising form at the moment, with Liverpool enjoying a superb run and some impressive results – most notably their win over City at Anfield recently – they are yet to be truly tested.

Lallana and co. will be given a much tougher test as they take on Manchester United this weekend, and they still have games away to Arsenal and Chelsea to come, with any slip-up likely to prove costly as they still trail City by four points after their awful start.

A dip in form for Liverpool seems likely at some point, as it is extremely rare for a team to simply steamroll their way to the finish they want – just see the timing of this same team’s late collapse that cost them the title last season.

With that in mind, it’s also likely that City will show some signs of recovery between now and the end of the season. After all, they haven’t become a bad team overnight, and will now feel they can play without pressure.