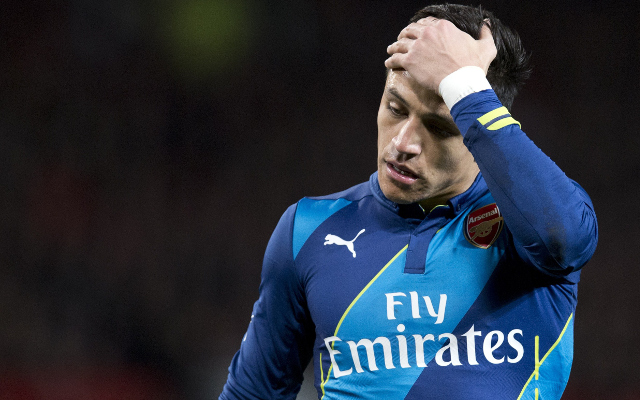 Arsenal boss Arsene Wenger has revealed his fear that the club’s talisman Alexis Sanchez is starting to struggle with the demand of the English game, but admitted he cannot afford to rest him with so much at stake over the coming weeks, reports the Daily Mail.

The Chilean made a lightning start to his Premier League career following his £32m move from Barcelona in the summer, bagging nineteen goals in all competitions. But only one of those strikes have come in his last eleven games. With his influence on the team appears to be diminishing slightly, Wenger has confirmed that the 26-year-old does need a break.

“He’s a bit fatigued and in a position where he has scored less.

“I’m tempted to give him a break at some stage. I have been for a long time. It’s not that he won’t let me, I will decide that. It’s just that every game now is so important, you always have a hesitation to do it,” the Frenchman explained.

Arsenal will be looking to recover from the agony of Champions League elimination in midweek, by defeating Newcastle and maintaining their position inside the top three, distancing themselves from the scrap beneath them for fourth spot. They also have a trip to Wembley coming up, when they take on Reading for a place in the FA Cup Final.