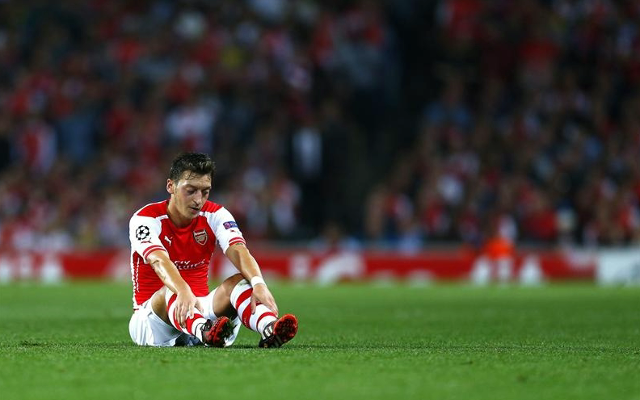 The reason for Ozil’s absence is yet to be determined, with Arsene Wenger previously stating that his team suffered no fresh injuries in the Champions League game against Monaco apart from a few “bruises” (via Arsenal.com).

Ozil was visibly absent from all the training pictures released by the club yesterday afternoon which suggests that he missed the last training session ahead of the crucial Premier League game.

However, he did finish the game in Monaco without looking like carrying any knocks and it maybe just precaution with Wenger using the return of Tomas Rosicky as a chance to rest some of his stars.

Despite missing three months this season through injury, Ozil has played in nearly every game since February.