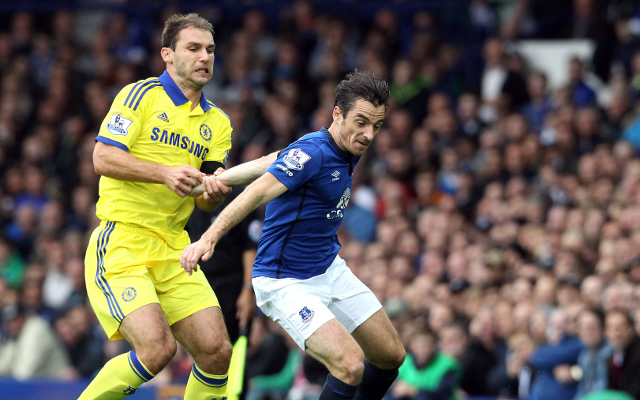 Everton full-back Leighton Baines has revealed that the team are becoming concerned as they get dragged into the relegation battle at the bottom of the Premier League, according to the Daily Mail.

The Toffees currently sit fourteenth in the table, just six points above the bottom three, and their emphatic defeat away to Dynamo Kiev in the second leg of their Europa League last 16 clash became the latest disappointment for Roberto Martinez. After an excellent campaign last year, Baines believes that they need to get themselves out of the hole they are in before things get too close for comfort.

“In the last few seasons, we have been striving for something towards the end. This is now a bit different. We have got some important games coming up and we are in a position we don’t want to be in.

“The sooner we get a couple of wins on the board, the better,” Baines said.

Everton have a crucial game away at Queens Park Rangers ahead, and while a win would ease relegation concerns immensely, defeat would see the trap door start to open slightly. But the England international explained that the players know what is at stake over the coming weeks.

“With the way things have been going, you are playing for your future in some respects. That is a useful way of looking at it,” he added.